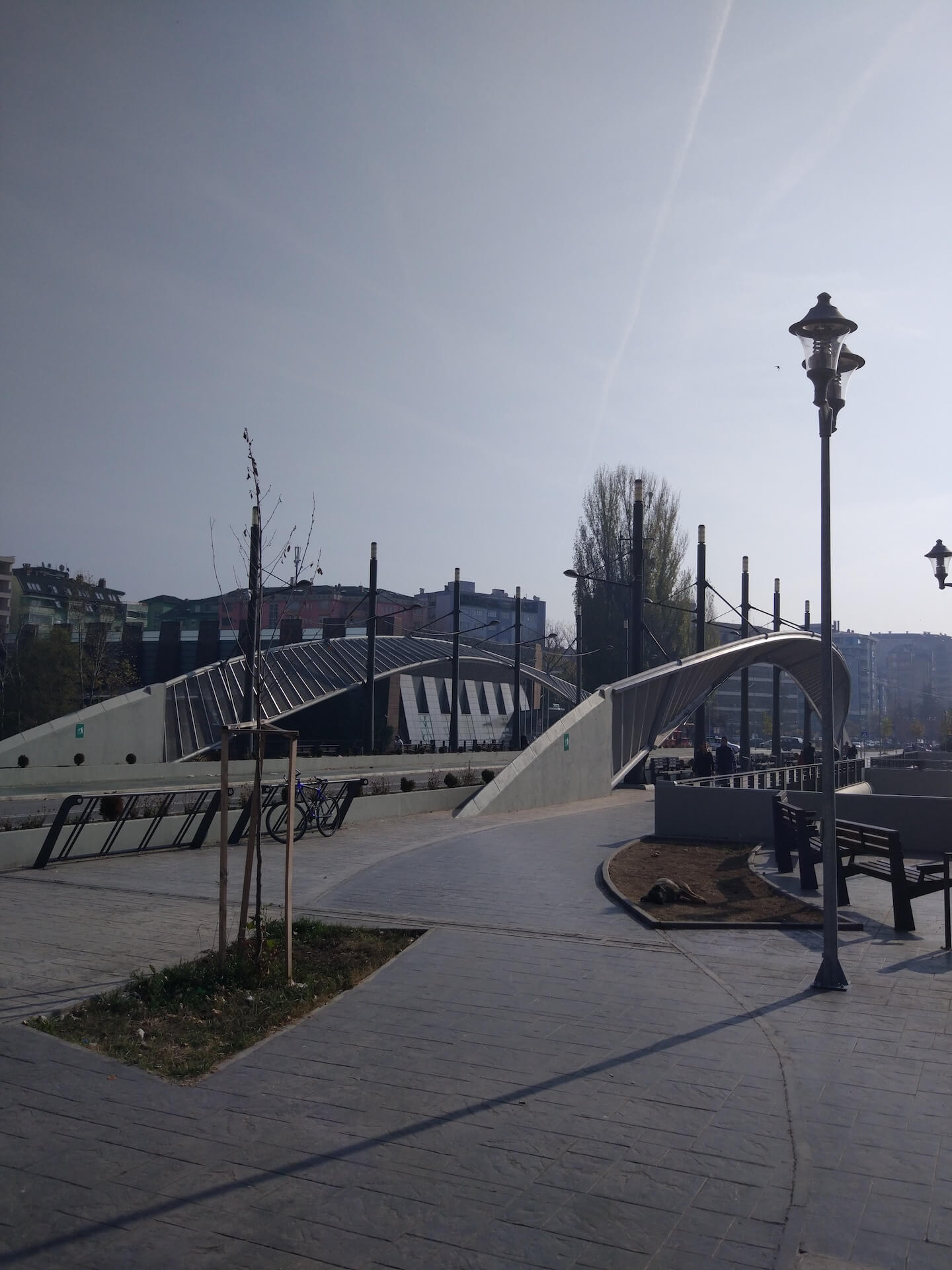 Mitrovica is a city located in North Kosovo, settled between the Ibar and Sitnica rivers. Since the Kosovo War in 1999, the city is divided between Albanians, living in the south and Serbs living in the north. The bridge over the river Ibar marks the division of the two municipalities. Due to the ethnic make-up of the area it has long been a place of ethnic unrest and violence in Kosovo. The Serb minority remain isolated in small ethnic enclaves surrounded by Albanians, making up 95% of Kosovo’s population.

Mitrovica was badly damaged during the Kosovo war in 1999. It was reported to the be location of guerrilla activity of the KLA before the outbreak of war. The majority of the Serb inhabitants fled to Serbia during this time and some were displaced to North Mitrovica.

The NATO airstrikes lasted 78 days and ended the conflict in which 13,000 died and thousands more fled their homes. Both Serbia and Kosovo accuse the other of war crimes.

In Mitrovica 7000 Serbs protested on the streets declaring that Kosovo is Serbia and calling for the expulsion of Albanians. Some Kosovo Serb police officers, opposed to the declaration of independence, boycotted the move by refusing to take orders from the central government in Pristina. The Serb minority attempted to seize infrastructure and border posts in the Serb majority areas. Tensions rose in Mitrovica when Serbs seized a UN courthouse one month after the declaration of independence. UN and NATO forces responded by attacking Serb protesters. Kosovo Serbs formed the Community Assembly of Kosovo and Metohija in an attempt to coordinate resistance to the Kosovan Government.

Between 2011 and 2013 a series of clashes between ethnic Serbs and Albanians led to the North Kosovo Crisis. It began when Kosovo police crossed into the Serb controlled municipalities or North Kosovo in an attempt to control several border crossings. This happened without the consultation of KFOR, the UN or Serbia authorities. NATO forces, the KFOR, intervened but tensions remained high.

In 2013 a Serb majority municipality of North Mitrovica was established which divided the city into two administrative units. Representatives from Kosovo and Serbia signed an agreement in Brussels which allowed devolved powers to North Kosovo with regards to; economic development, education, healthcare and urban planning.

Over 20 years later and NATO still post 4000 troops in Kosovo as the region remains divided and unstable. Serbia has never recognized Kosovo’s independence. But neither do Russia, Spain or China, to name just a few. As a result, Kosovo will remain in limbo for more years to come as access to international organisations such as NATO, the UN or the EU are all effectively blocked.